12th July 2017: On the way home to USA with two stops in Tokyo and San Francisco. I woke up in early morning for prepare go to airport on a hotel van. I checked out the hotel and hop on hotel van to the airport on-time. Arrived at airport and go through to ANA check-in counter. I went to security checkpoint and went smooth. At the terminal, I made a long walk to the gate and stopover at Starbucks for a coffee. At the gate, there Dreamliner parked and I sat down wait to board the Dreamliner. I wasn’t excited go home because I enjoy stayed in Loei for one month with my girlfriend Nee and Rondale. The boarding was begun and sat on the window seat. It was early morning and begun to taxi for takeoff on runway. The plane took off and en-route to Tokyo on 5-hours route. The breakfast was served and after eating I took a nap. I didn’t have good sleep on hotel because of fake taxi and on another taxi, took me to hotel safely. I woke up the aircraft already descent into Tokyo/Narita. The plane made smooth touchdown and long taxi to the gate. I deplaned and connection flight to San Francisco on B777-300ER. Overall flight and the services were excellent.
Here was my video of NH806 BKK-NRT on YouTube(ad-free): 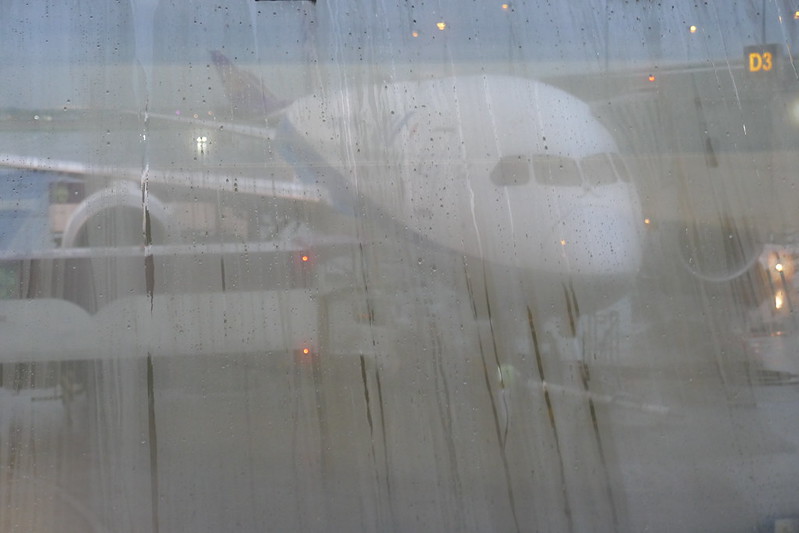 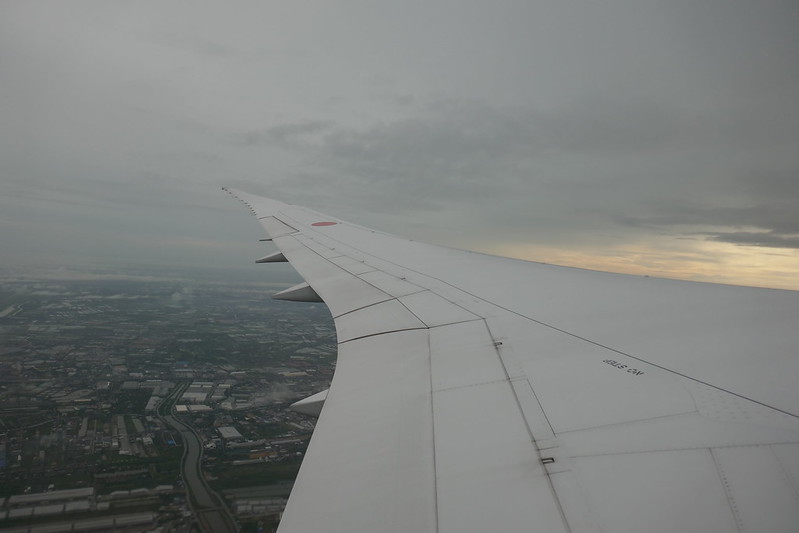 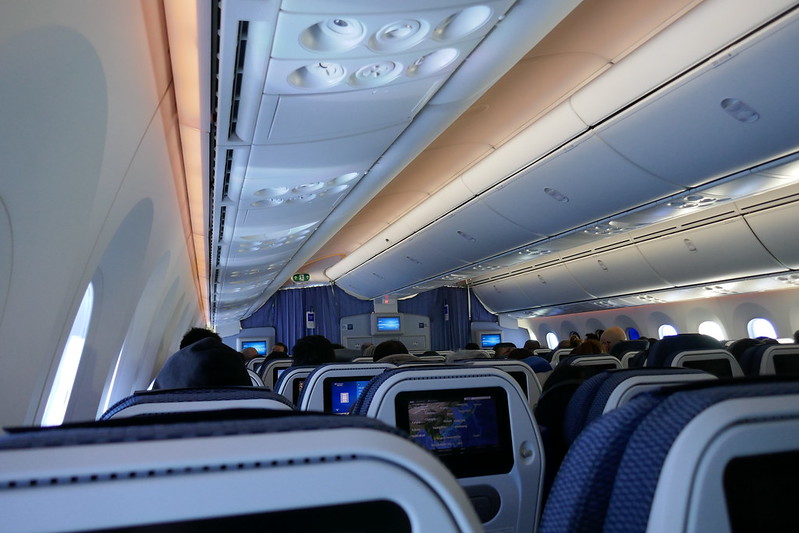 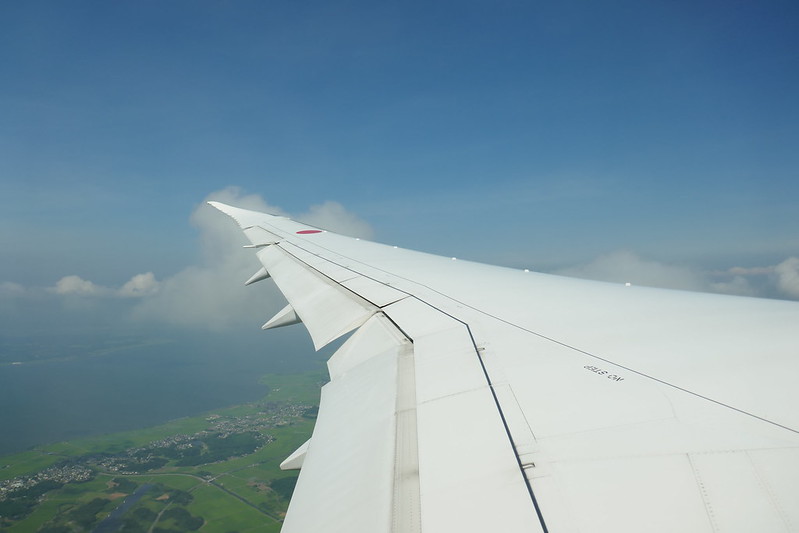 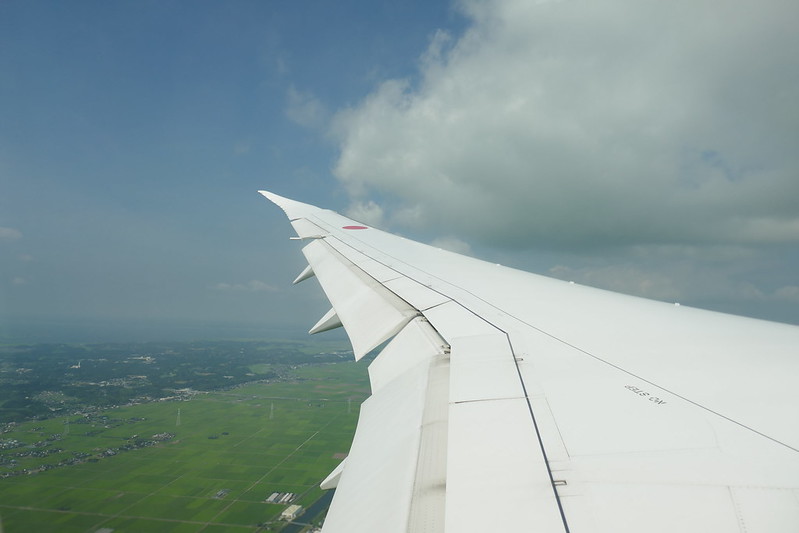 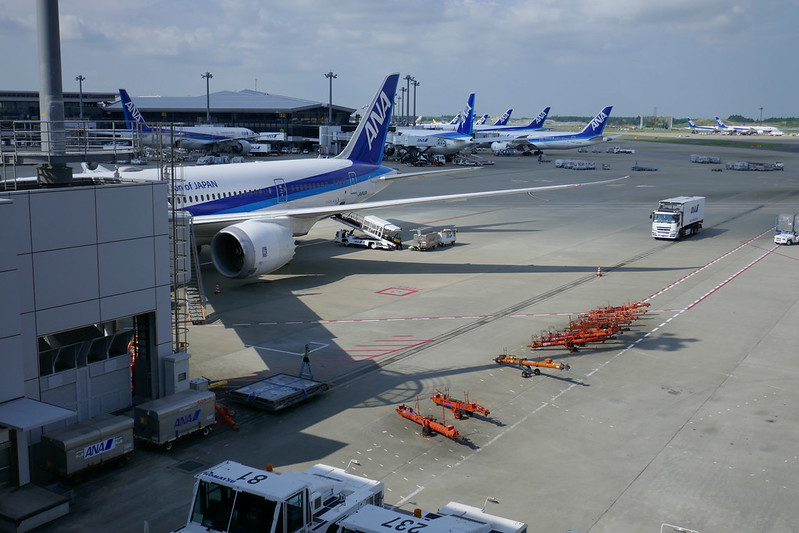 I got arrived from Bangkok/BKK and transit flight to San Francisco on B777-300ER. I made a longest walk in the tunnel from terminal to terminal. I remembered I took an air-train from terminal to terminal long time ago. I arrived at the terminal and waiting to board the B777-300ER. The boarding was begun and sat on the window seat. This aircraft config 3-4-3 in economy class seats. The plane begun to taxi and took off from Narita for San Francisco on 9-hours route. The dinner was served and services brief stopped when heavy bumpy over the Pacific Ocean. The services resumed. Dinner was very delicious and I watched Japanese movie. After the dinner, I continue watching the Japanese movie and took a short nap. I went to toilet and stretched my legs in the back galley. I got my drink from the crew. I went back to my seat. I can’t sleep and the Indian elder lady she does not know how to fill the US custom paper. I helped her until her relative helped her the paper. I watched the Korean movie as lack of sleep. Onward to US coast and the breakfast was served. Very delicious. On approach to SFO, the plane made smooth touchdown but bit rough landing on the runway. After touchdown, the aircraft moved to stand-by ramp due to too many planes on the international terminal. After 30 minutes delayed, the plane taxi to the gate. It was a pleasure flight on NH8 and services were excellent. I enjoyed fly on ANA experience from Seattle to Tokyo to Bangkok and from Bangkok to Tokyo to San Francisco. I deplaned and go to the passport area. I cleared the passport area to my connection flight to Seattle on United Airlines new B737-800. Overall from Tokyo to San Francisco was great.
Here was the video of NH8 NRT-SFO on YouTube(ad-free): 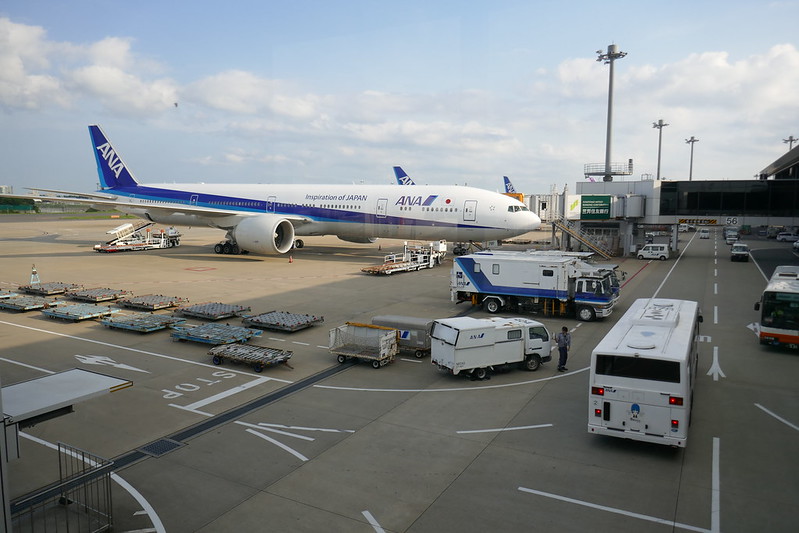 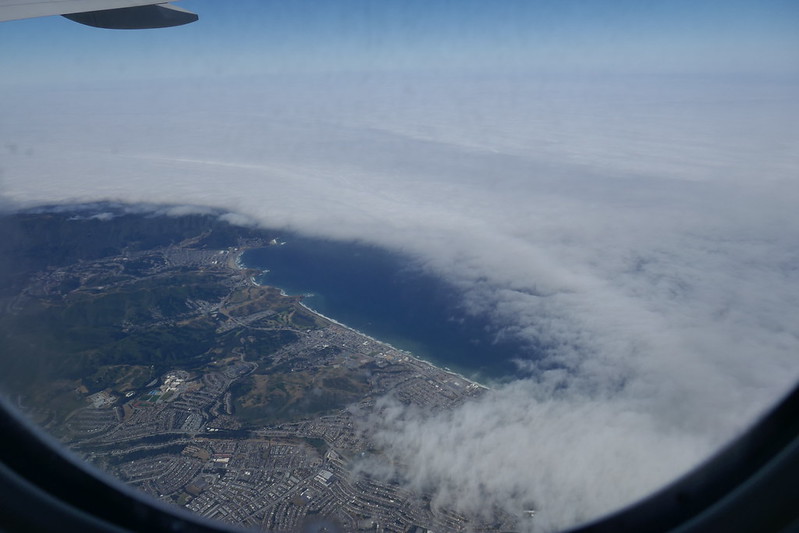 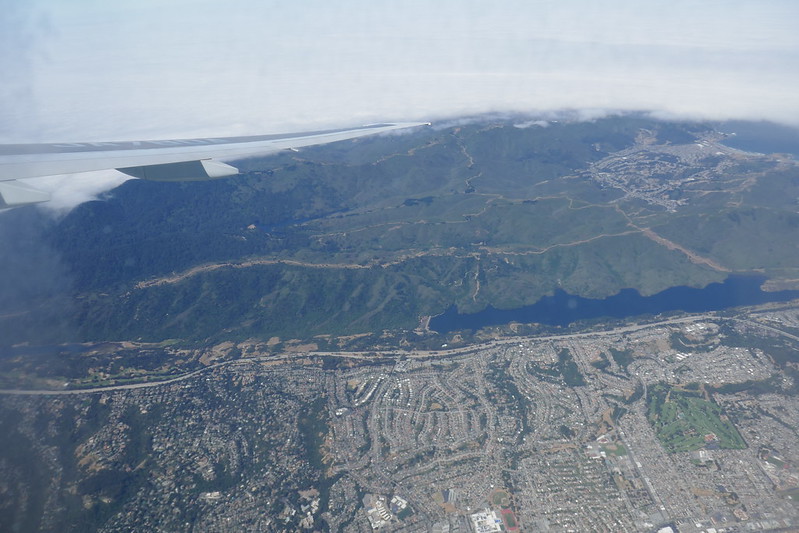 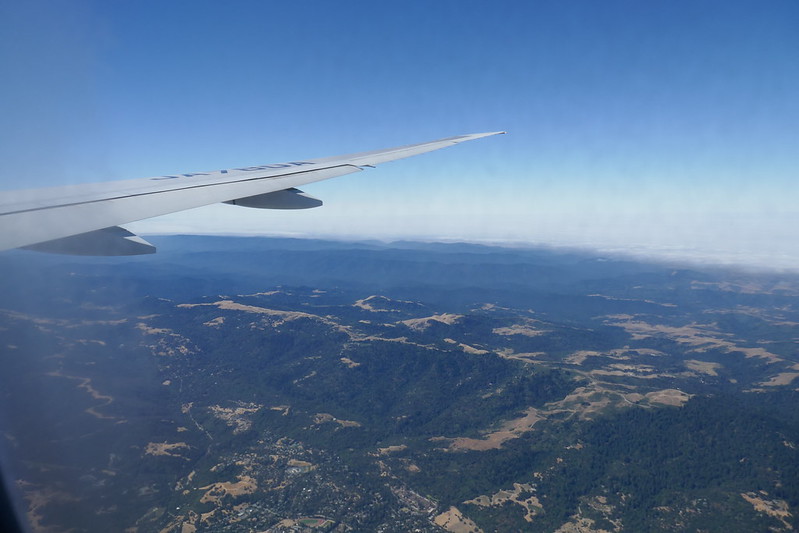