15th June 2017: I woke up in the morning for my 6AM flight to Loei in Thailand. It was a small town and about 2 hours a half from Udon Thani. I checked out the room and walked fast to the check-in in terminal 2. There wasn’t crowded at around 5 o’clock morning and I went thought the security checkpoint. After cleared the security, I ordered breakfast in McDonald to take away to eat on plane. At the bus gate, hot coffee wasn’t allowed bring on plane so I drank it all before boarded the bus to the aircraft. At the Tarmac, there was Nok Air ATR-72 and boarded inside the aircraft backside. My first time to fly on propeller since 1994 and Nok Air was my first time too. My last flown on propeller was on United Express EMB-120 from Peoria to Chicago O’Hare. I settled in 5A and later moved to empty 2A. Pity the window dirty than 5A. The plane on taxi and to takeoff from runway for less than one-hour route to Loei from Don Muang. After takeoff, the snack and drink served. I bought a coffee myself because it was not free on low cost carrier like Air Asia. Upon landing in Loei, aircraft made smooth touchdown and taxi to the Tarmac. I deplaned and to the baggage claim. I greeted my girlfriend Nee and son at Arrival Hall. Overall flight and service were good. I stayed in Loei for one-month holiday.
My DD9704 takeoff from DMK video on YouTube(ad-free): 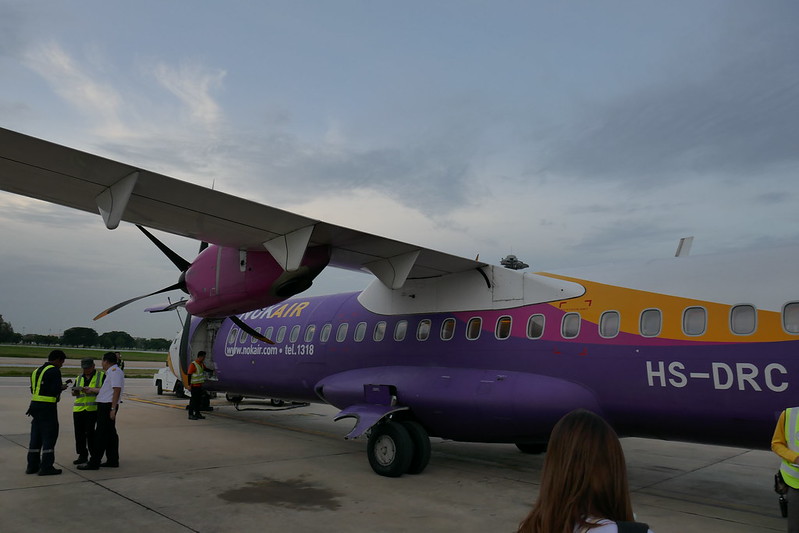 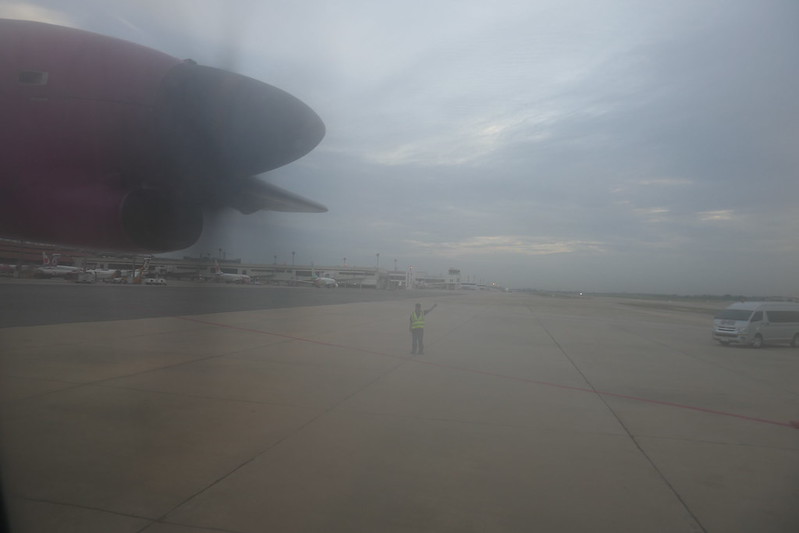 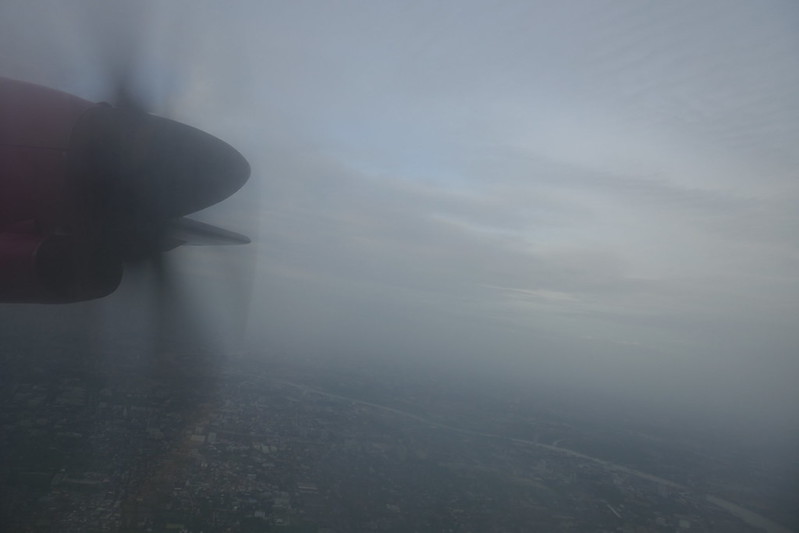 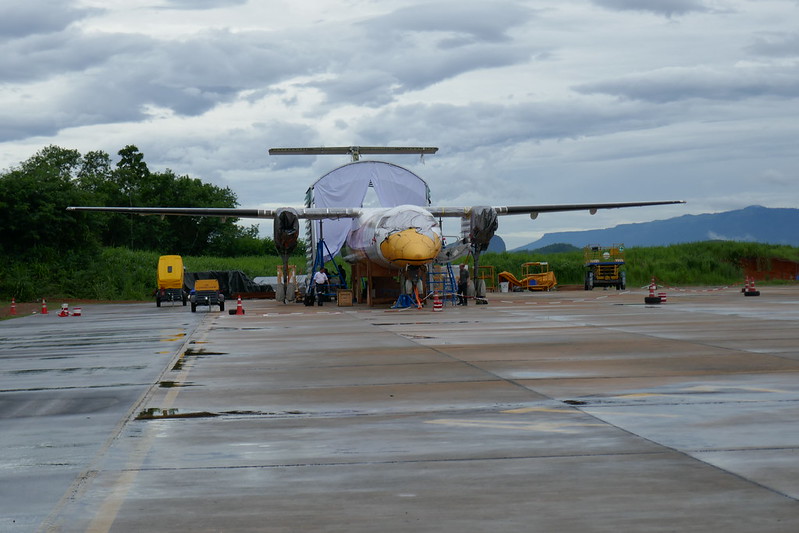 Nok Air Dash 8 still stranded in LOE
My DD9704 landing in LOE on YouTube(ad-free):
11th July 2017: I enjoyed stay one-month holiday in Loei and visited Phu Ruea and Chiang Khan with my girlfriend Nee and son. It was sad to go home. We arrived at Loei airport on-time and I went to check-in counter for flight to Bangkok-Don Muang. After the check-in, I sat down on chair with her while waiting my flight and the aircraft Dash 8 Q400. First time on Q400. The plane had arrived and I go in the gate thought security checkpoint. I was sad myself not want to go home to USA. I rather stay in Thailand with my girlfriend and son. The gate was boarded and walked in the Tarmac to the Dash 8-400 ‘Nok Anna’ I sat on window seat. The aircraft begun to taxi and took off from the runway to Don Muang on one-hour route. The snack served and I didn’t buy the drink because I already drank cappuccino at the airport ago. I ate snack and drank water from the nok box.
My DD9709 LOE-DMK video on YouTube: https://www.youtube.com/watch?v=Ixecqf_Mn5o 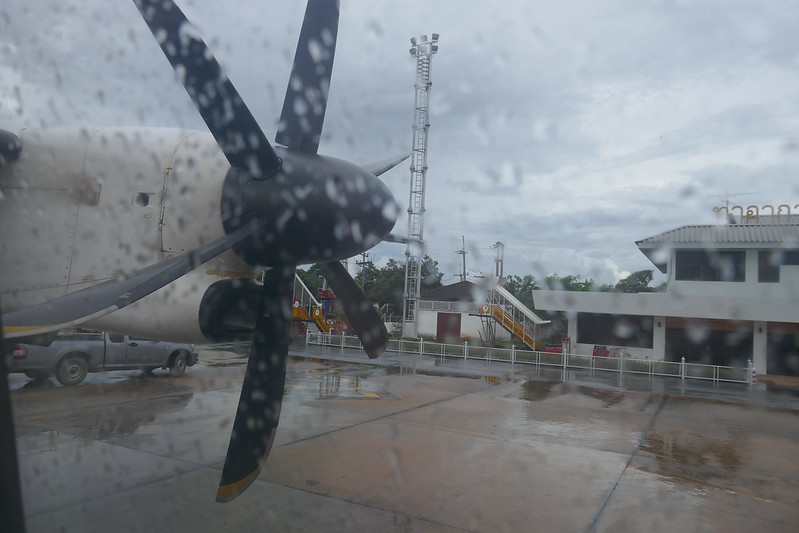 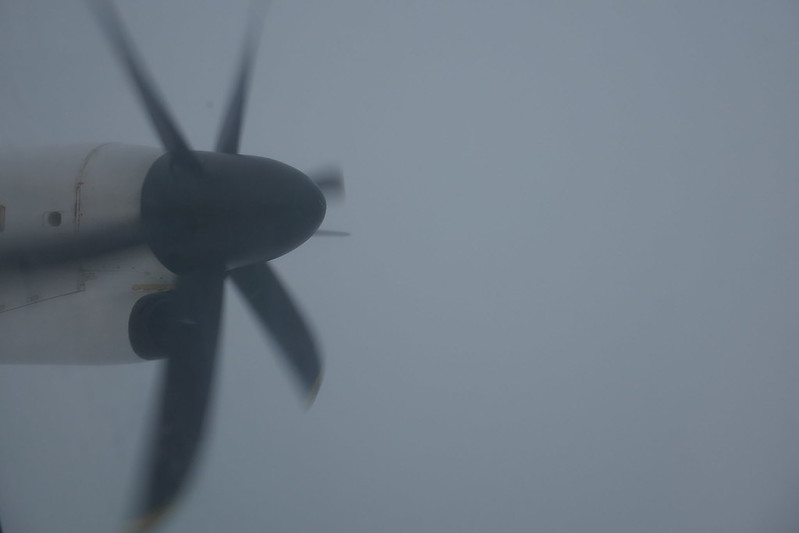 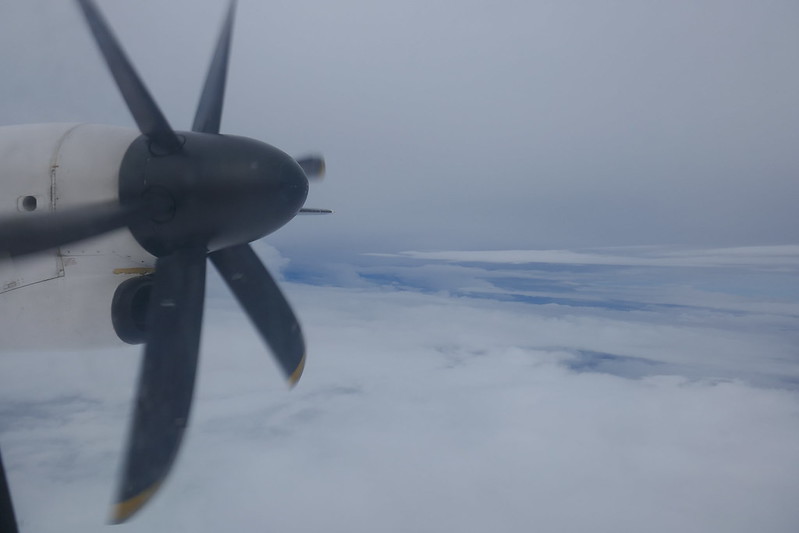 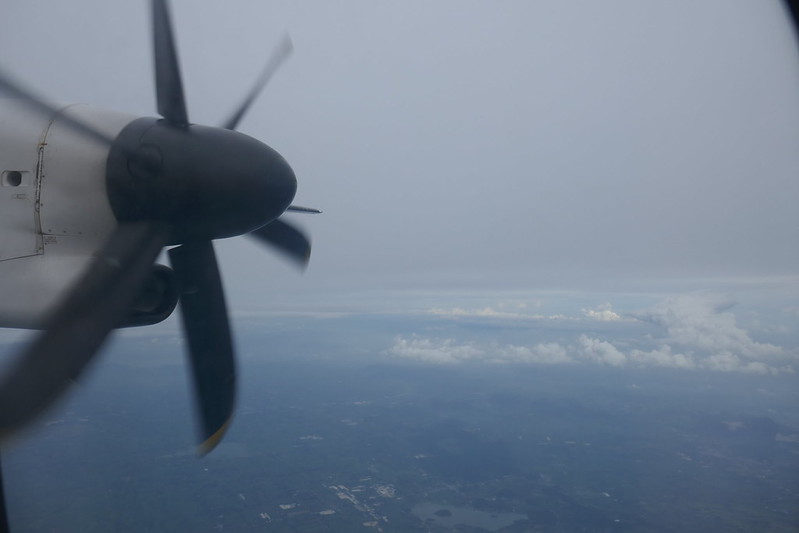 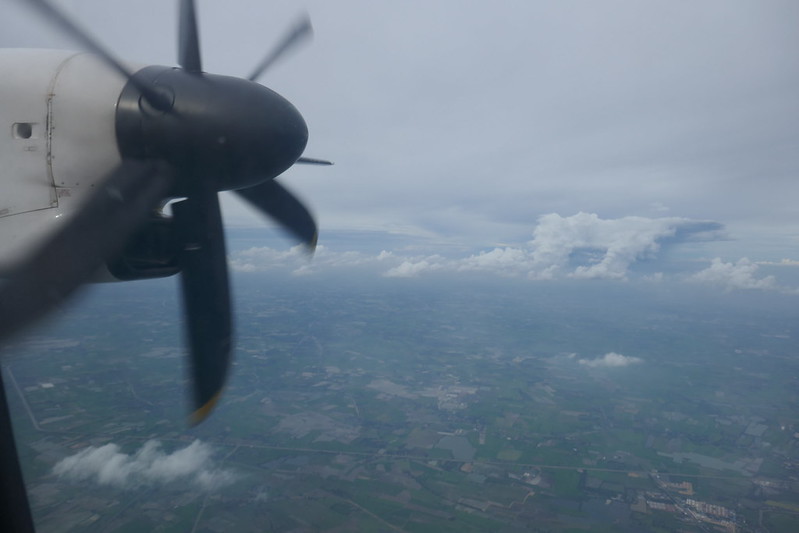 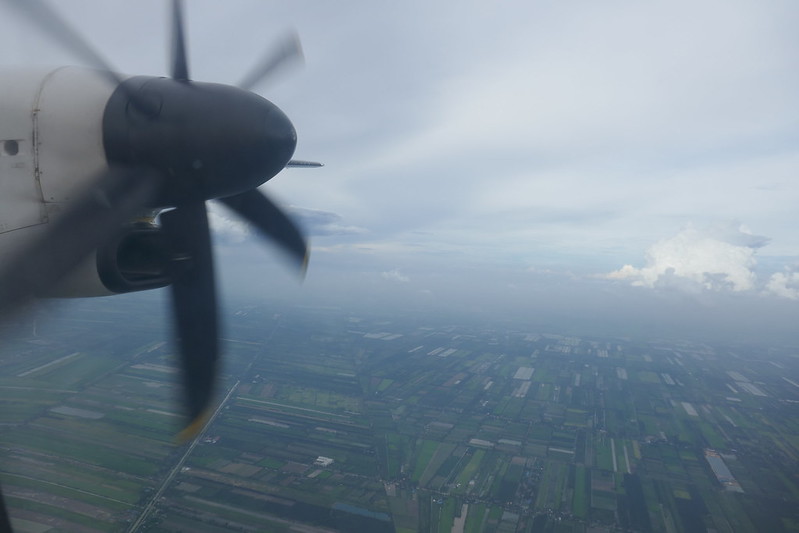 https://farm5.static...e6bd0e578_c.jpg
The plane landed in Don Muang and taxi to the Tarmac. I deplaned and bus to the domestic terminal then to get my baggage in baggage claim. At the end, suddenly the fake taxi driver approached me instead heading to public taxi. Big horrible happened. See my video description on DD9709 YouTube. I had no issue from Suvarnabhumi Airport from last month ago. Fake or illegal taxi drivers were the worst. I hopped into another taxi to the airport hotel near Suvarnabhumi was no issue. Overall flight and service were alright.

Back to Nok Air