Date: 19th Januray 2016
Plane: Boeing 777-300ER
Reg: B-16702
Airplane Delivery: 26th August 2005
Flight Number: BR68
Delay: 20 minutes
Depature time: 5:30pm
Runway for takeoff: Can't remember
Seat: 53A
Airport: Suvarnabhumi Airport
Destination: Taoyuan International Airport
Sawsadee krap, sorry I didnt flight report as late krap. My flight was going back to SEA via TPE on EVA B777-300ER. Made to check-in counter and still had time get around in airport. Before leave to departure hall, I goodbye to my gf. I spent 2 weeks a half in Thai. My gf fly back to Loei on next day. Passport control and security checkpoint went smooth. I walked fast to the G2 gate to catch the plane to TPE. Good thing it was 20 minutes due to aircraft preparation. 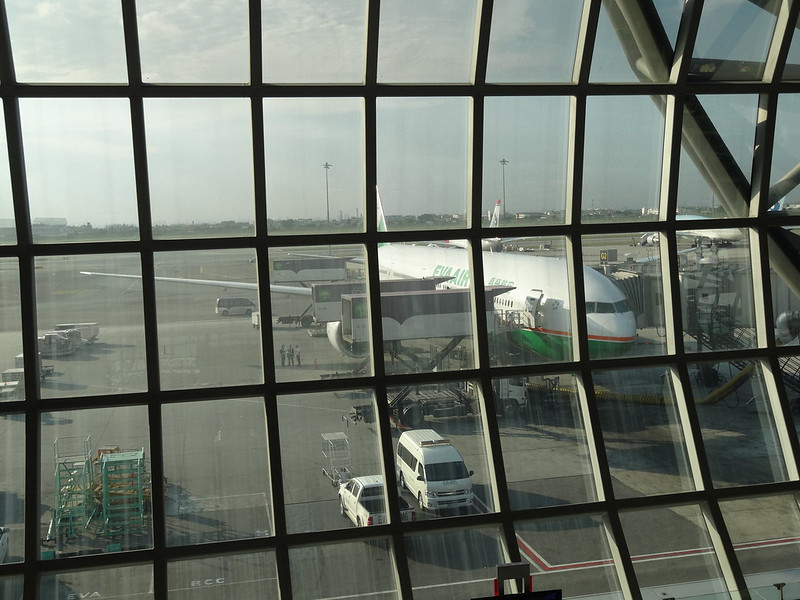 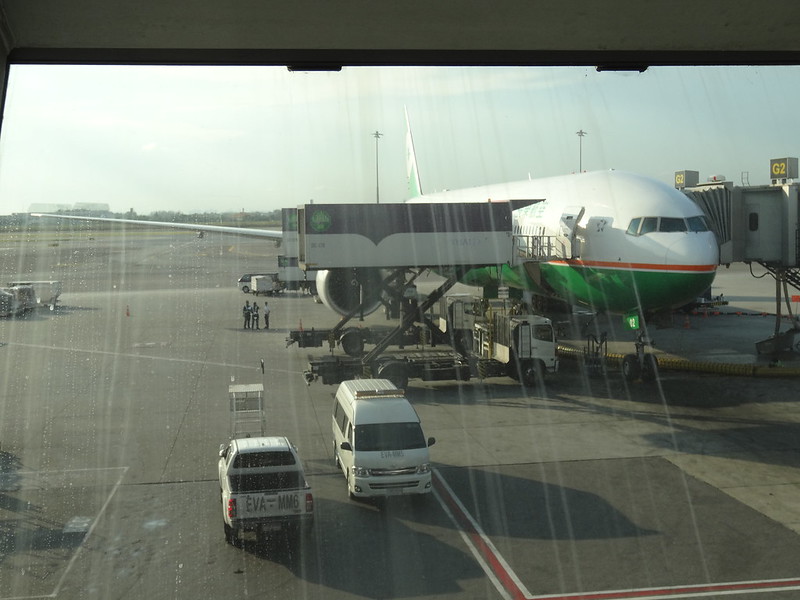 My plane to TPE by Paul Bateson, on Flickr
The boarding was begun and took off to route to TPE. 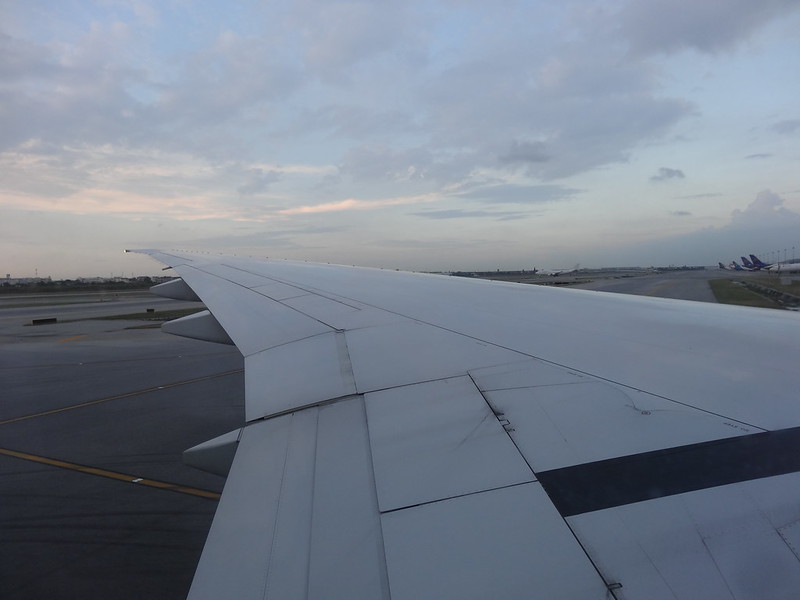 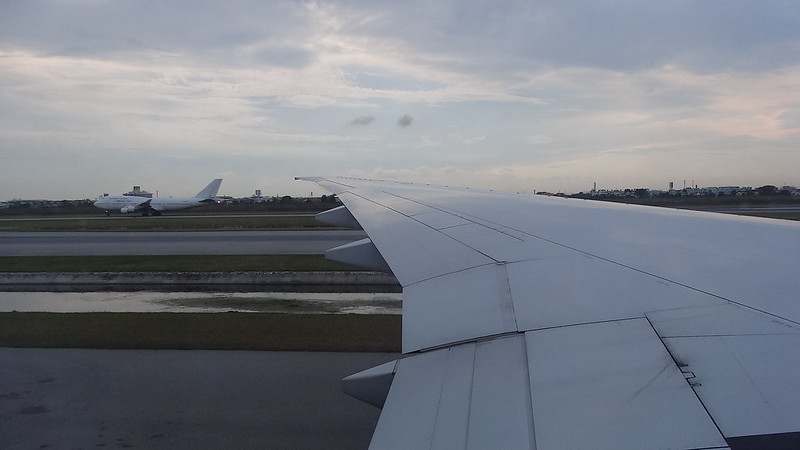 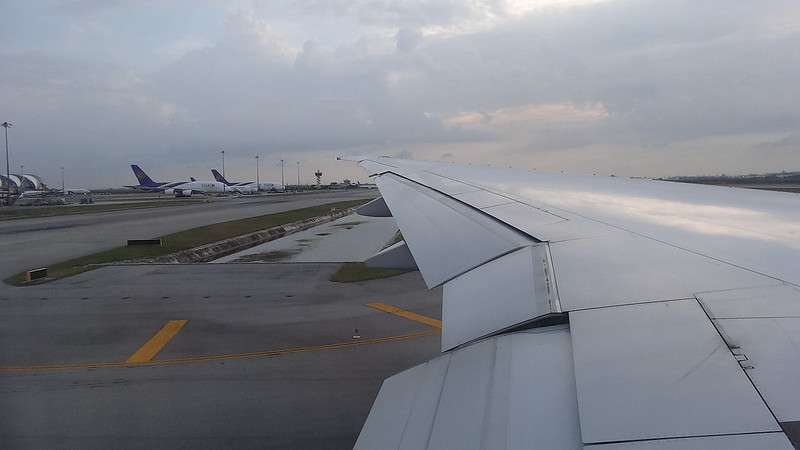 Line up for takeoff by Paul Bateson, on Flickr 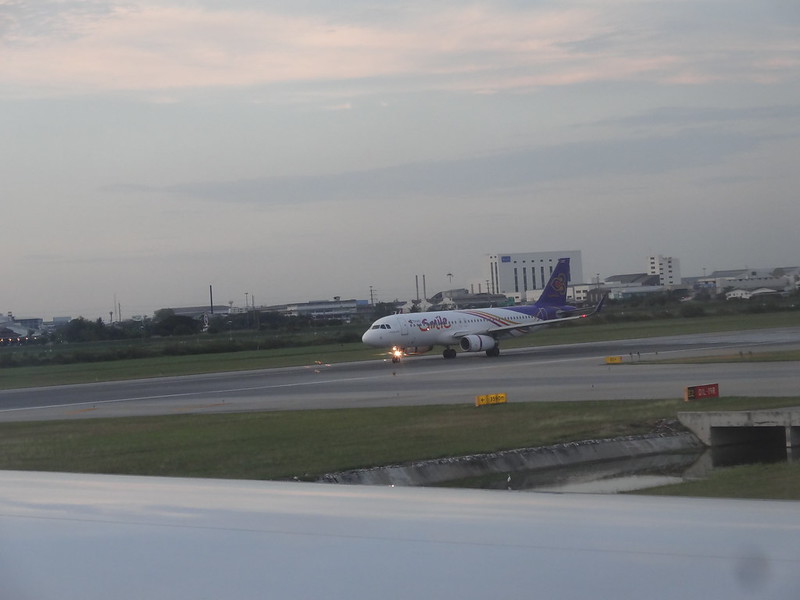 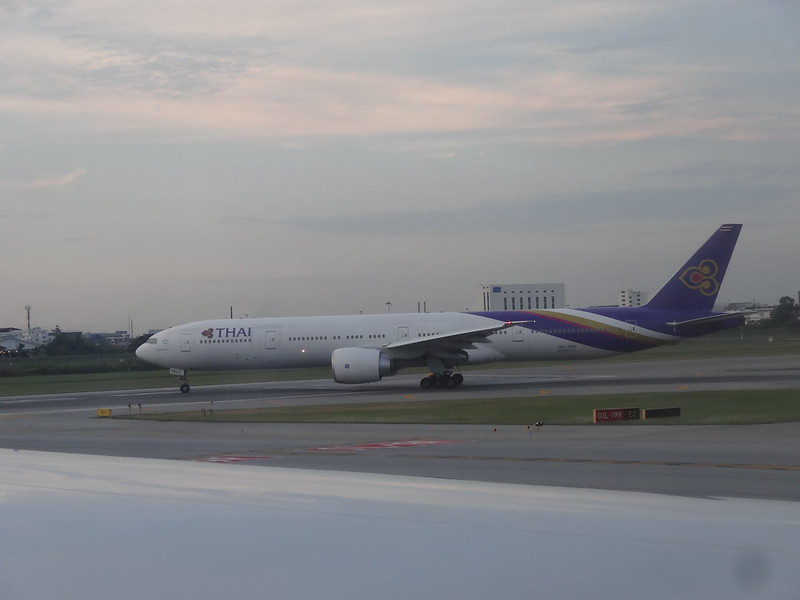 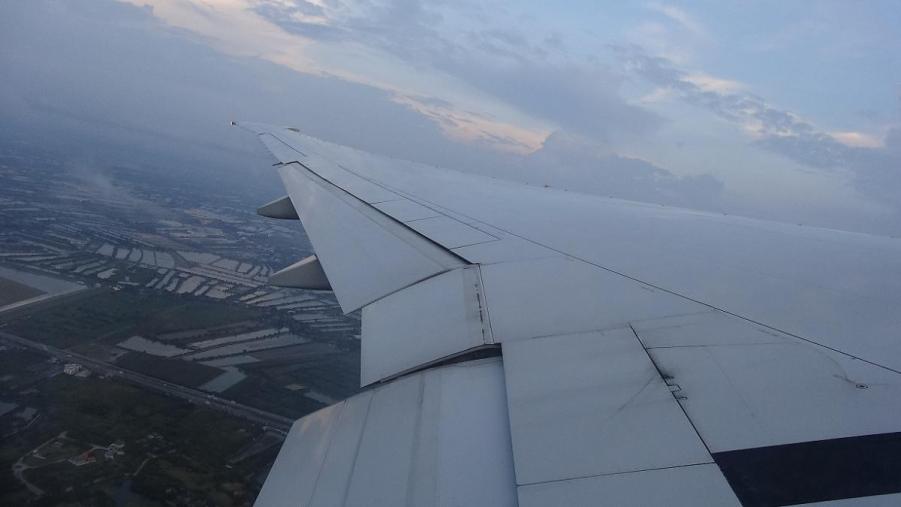 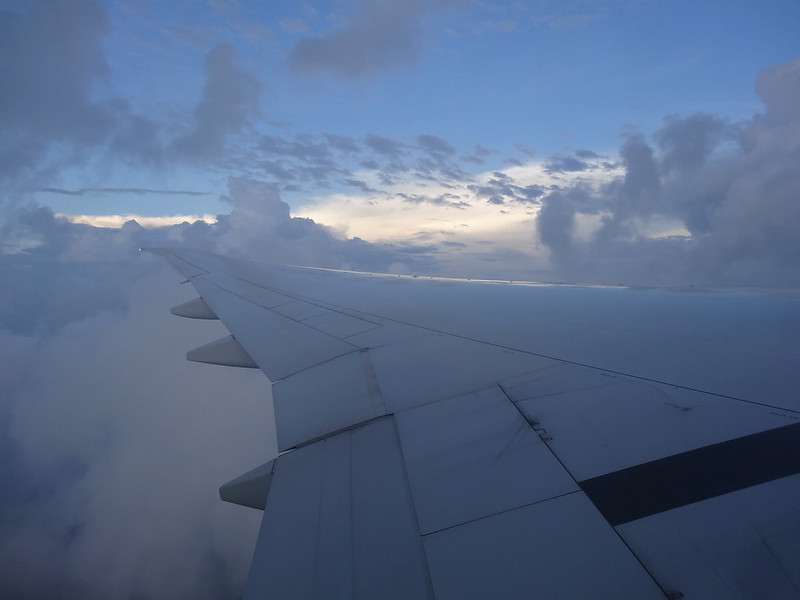 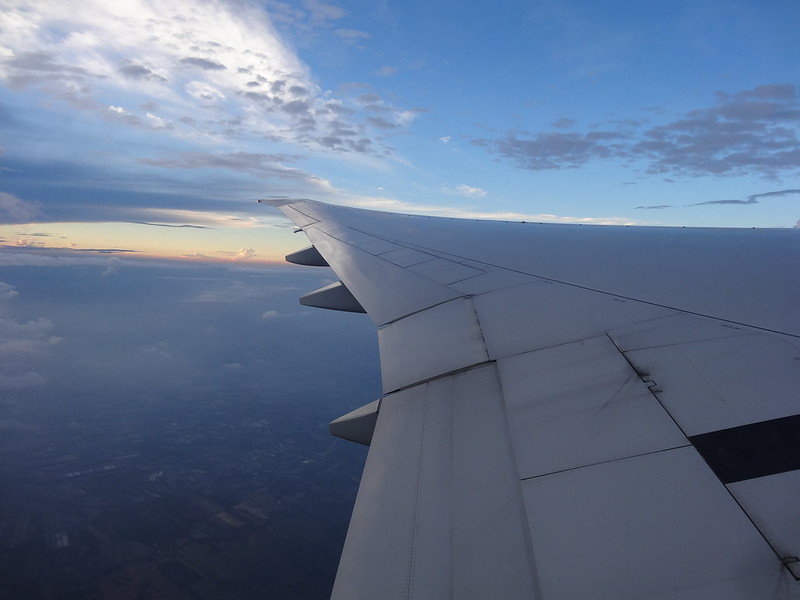 En-route to TPE from BKK by Paul Bateson, on Flickr
https://www.youtube....?v=pl_5luGNA2A
I had a good dinner meal on plane and landed in TPE at evening. Long taxiing to the B8 in the ramp. I came out of the aircraft and was cold in Taipei.
Date: 19th Januray 2016
Plane: Boeing 747-400
Reg: B-16412
Airplane Delivery: 28th May 1998
Flight Number: BR26
Delay: 21 minutes
Depature time: 12:00am
Runway for takeoff: Can't remember
Seat: 51A
Airport: Taoyuan International Airport
Destination: Seattle-Tacoma International Airport
I had a connection flight back to SEA and was late evening flight on C9 gate after 21 minutes delayed. The plane took off and route to Seattle. I didn't take pictures because it was too dark outside. I took a video instead. 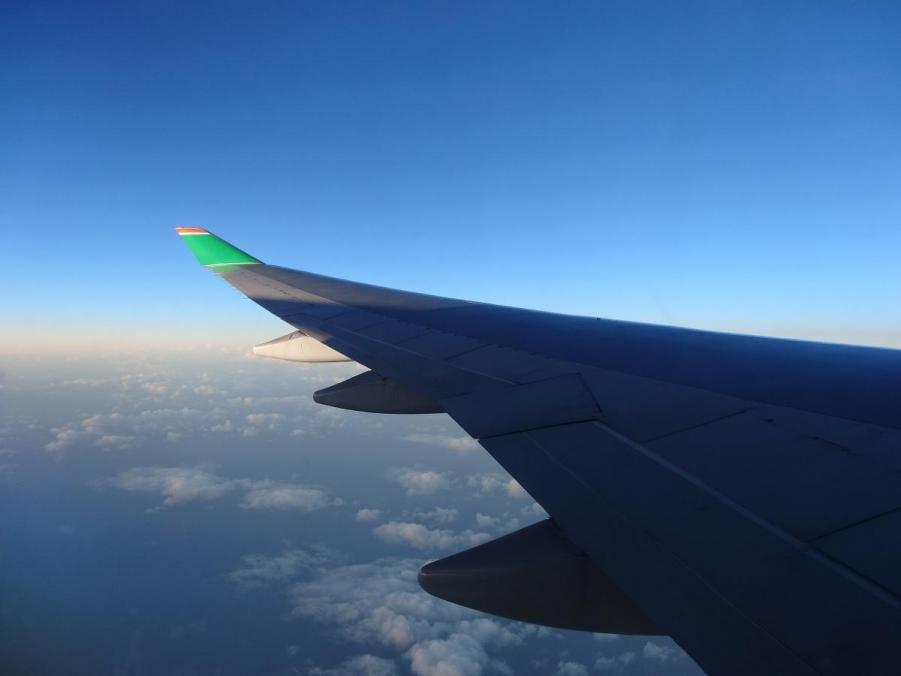 https://www.youtube....h?v=CgtLDH8NhP4
I made a long sleep during en-route to Seattle and I ate the dinner already. Upon landed in SEA and smooth touchdown. I exited the aicraft and go to passport area to clear the custom and arrival.
Overall flights and services from BKK and TPE were amazing krap

คุณคือผู้ส่งสาร ต้องเขียนให้ผู้รับสารรู้เรื่อง . I recommend you to post in Thai please. Since your grammar is

broken and it's very frustrating to read.

Back to EVA Air